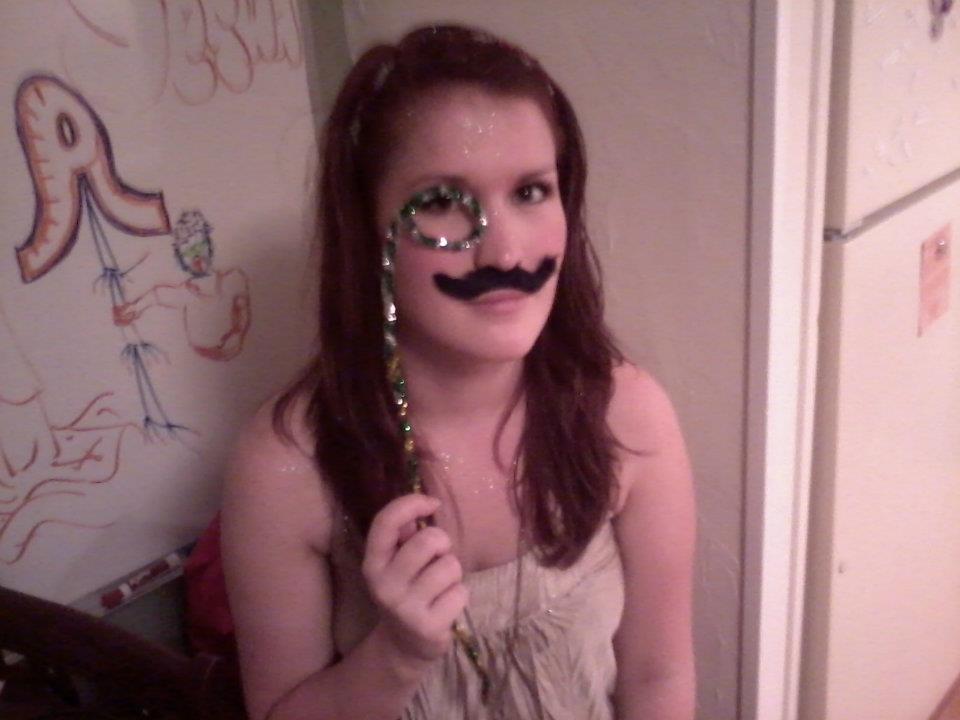 I got stalked in graduate school.

I accepted a bunch of Facebook friend requests from people in my graduate school program. He was one of them. It took a while to discover the amount he knew about me from my profile.

At a department volunteering event, he was driving and dropped everyone else off first. He got me to talk to him for two hours by telling me it was the anniversary of his mom's death. He knew where I lived because of the volunteering event.

Of course, he knew what lab I was in.

He started showing up at my lab in the middle of the night (I was always there). He told me about his marriage issues and childhood. He was upset when we started keeping the door to the lab closed.

Why did I listen? Because men have always been entitled to my time. At 22, I didn't know it could be different.

Then he started sending me emails that he could help me with my health issues. I wish I had copies of these emails. They are the most insane, boundary violating, make-believe shit you would ever read. But they are tied to my now defunct school email.

I asked him to stop contacting me or trying to get me alone at department events. Where I was usually drinking.

This was pre-therapy me, where I had not dealt with a lot of trauma from my life. I still knew it was messed up, but he was manipulative enough to sometimes get me to talk to him.

One night, I woke up around 2 AM to my apartment buzzer going off. I locked my bedroom door and got back in bed with my boyfriend at the time, Carl.

I refused to ever give this guy my number, so I woke up to Facebook messages the next morning from him.

Can you talk?
Did you really call the cops on me?
Are you up  to?

I tried to stop by tonight.  Apparently someone called the cops on me.  I hope that it wasn't you and that if I did stop by, you would understand.  I would really like to talk but I am afraid that your mind has already discredited me to the fullest...regardless.  If that's not the case, I'd love to talk sometime, even in a large social setting.  Plain and simple, I'd like to talk to you.

He knew what building I was in, but not my apartment. He buzzed all 4 units in the building over and over until someone called the cops.

He never succeeded in assaulting me or emotionally abusing me, but I've heard countless horrific stories from people in Madison who he has harmed in those ways.

It's been 6 years since I left graduate school. He's big in the social good community in Madison. Sometimes I'd show up to an event and he would follow me around, saying my name over and over. He has found me on every dating site, until I block him.

I confronted him at a local conference, Forward Fest, a few years ago. His response was to basically call me a slut.

It's 2020 and I am a 32 year old non-binary being, I'm so far past anyone controlling me with shame about sex.

When I interviewed for my last job, in my last interview of the day I was asked how I shifted from biochem to tech.

"Do you know This Guy from your department? Did you work with him? Oh man, he's such a good person, the kind of guy who truly cares about other people. Does he still look like x and do y?"

What would you do if an interviewer asked you about someone who stalked you?

I cried for hours after that interview, knowing that they'd probably make me an offer. Knowing that I'd have to take it if they did. I'd have to drive a half hour each way to Middleton every day and be the only non-man in the entire building.

I couldn't even remember until later that night that I had been asked about my stalker. The leader of this company thought my stalker was a "good guy".

To their credit, I did eventually tell this leader and my boss. They assured me if I came forward my job would be safe. But back then, I was still seeking out the safety of numbers.

We moved into office space downtown. He eventually gave a talk at DreamBank, an event space in the same building.

I had to see his name on their website and brochures. It felt like my safety was crumbling.

I was walking into work and saw him in a meeting with a bunch of people from American Family (the company that owns the building I worked in). Probably another social good meeting, where he was "helping people".

I fantasized for hours about walking into that meeting and calling him out as a predator. As if my brain could rewind time and tell the world.

I had to unblock him to get these messages. I discovered I have 96 mutual friends with him. Almost a hundred people, many of whom I'm close to. Some who know what he's done. Being a survivor can be disheartening in the loneliest way.

As I've been reading brave stories of countless people on Twitter and Facebook, a thought stuck to me. How many others could I help by just saying his name?

“I am in my prime. Would you test your strength out on me.”

Today is the day for me to barge into that meeting, with nothing but the fury of my truth.

His name is Garrett Lee.

I really opened up to him.  You inspired me.  I was just hoping to hang out because I need someone who understands me.  Are you upset?

I am an ENFJ or ENFP, depending on the test source. I think that you asked. I think that you may be quite similar. If my memory and such serves me well, you said you were an ENFP. Anywho. Thought you'd be curious since you had brought it up. After reading about it, it makes a ton of sense. I hope that you are feeling better.

Hi.  Can you please reply.  I would appreciate it greatly.  I hope that your New Year is going well.

I'm not mad or anything, just been really busy. I've been planning a trip and trying to see a lot of people. I'm also dating someone new, an ISFP (artist) and it works really well haha. So I guess I have been kind of distracted. I hope things are going well with Emily and your family!

Right on.  I was just hoping that perhaps we could hang out a bit when you came to town.  I noticed that you were coming back to Madison.

Wow.  Crazy that you moved on so quickly!  But what can I say?  I know how it feels to be unloved for such a long time and know that yearning desire to be loved again...

A lot has happened since we last spoke.  Emily and I are officially separated and I am living in an apartment on my own now.  Basically everything..

I'll be back in Madison tomorrow, but my friend from London is visiting and I have to pack up the stuff at my lab since we are moving, and work on a fellowship application before I leave for Florida on Friday. I'm not going to debate this with you or list reasons since most are obvious, but I don't think us hanging out is a good decision. We can chat sometimes in social settings, but I don't want to spend significant alone time with you. Please respect that.

I really hope that you find happiness,

Can you talk?
Did you really call the cops on me?
Are you up  to?

I tried to stop by tonight.  Apparently someone called the cops on me.  I hope that it wasn't you and that if I did stop by, you would understand.  I would really like to talk but I am afraid that your mind has already discredited me to the fullest...regardless.  If that's not the case, I'd love to talk sometime, even in a large social setting.  Plain and simple, I'd like to talk to you.

So I'm going to assume you were really drunk last night...  Regardless, stopping at my place at 230 in the morning is not ok. I was sleeping and my boyfriend was there. I heard the buzzer and was freaked out so I locked my bedroom door and went back to sleep. I didn't call the cops but I wouldn't be surprised if someone else did since a lot of arrests have happened outside my house already.

I also have two roommates who get up really early for work....

Im not attracted to you, even if you think otherwise. I would've loved to be your friend under different circumstances but your actions make me really uncomfortable. Please don't contact me again.

I just tried to stop by your lab but it's locked. I hope you are doing well. I just wanted to thank you. Regardless if you think so or not I am grateful for many things that I've learned about myself this year and you have been influential in that process.

No one is here before ten usually. I'm not sure how I could have been influential but I am glad to hear you're doing well.

Right on.  Hope you are doing well too.

I was surprised to see that we're no longer Facebook friends. May I ask why that is?

[Header image: picture of me, Cakelin, at 22 in graduate school. I'm a white femme person, shown here with long red hair. I am wearing a fake mustache and holding a monocle I made out of glitter-y pipe cleaners.]

Apparently there are no posts at the moment, check again later.